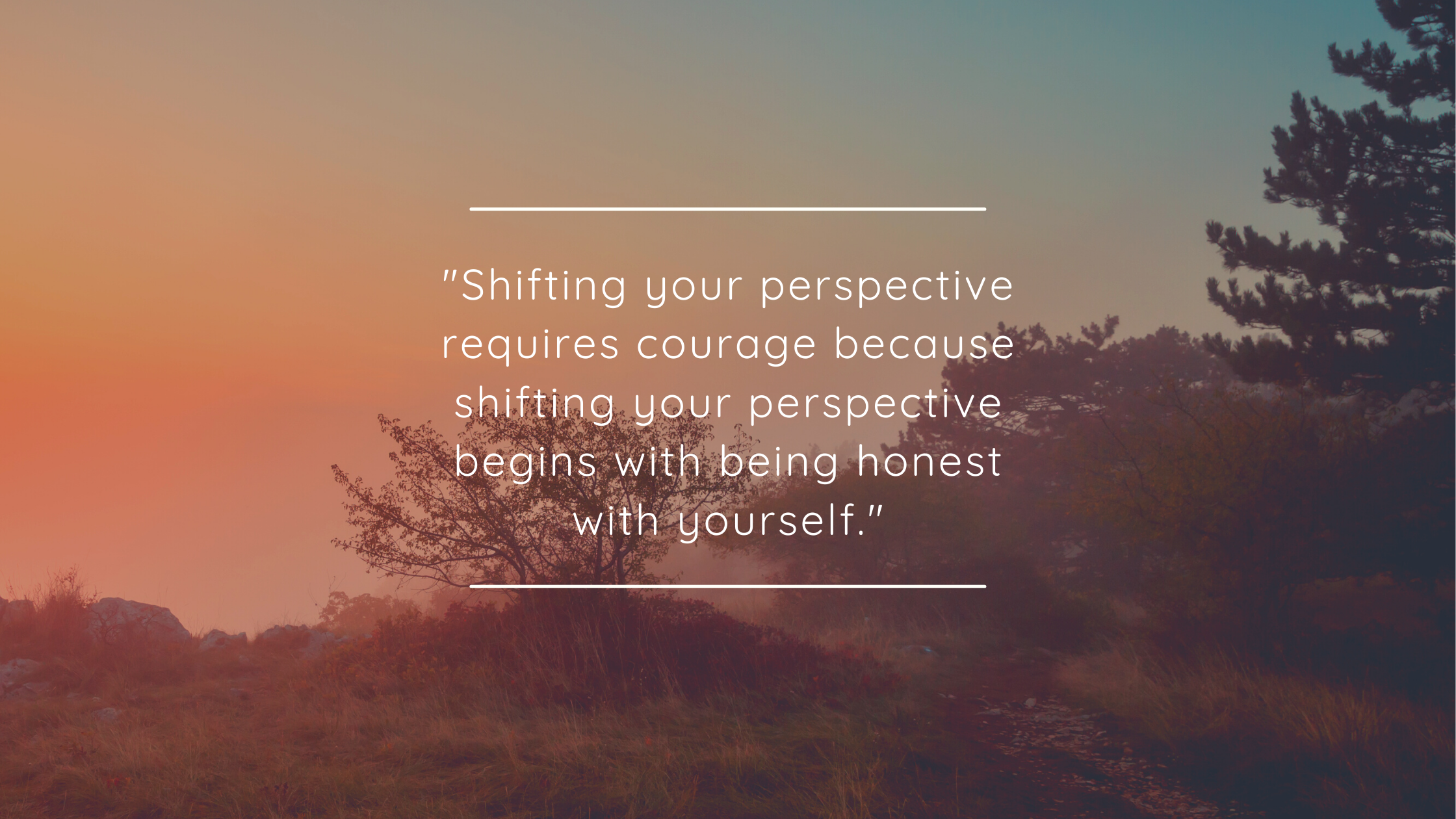 But I read a quote recently that said,

“Shifting your perspective requires you to be courageous.”

I read and re-read those eight words considering what they meant and if I really agreed.

I’ve done my fair share of research and study on these two themes–shifting your perspective and courage–and I had never paired them together. But, after contemplating them both, I realized I most definitely agree they belong together.

If that doesn’t require courage, I don’t know what does.

It is easier to unintentionally lie to ourselves about our thought life. We like to hold on to the idea that whatever it is we think is right. It takes courage to consider and even embrace a different perspective.

People see what they want to see. It’s true. In psychology, this tendency is labeled as confirmation bias.

Confirmation bias is an inclination that causes people to seek out, favor, explain, and recall information in a way that reinforces their preexisting views.

Confirmation bias solidifies our perspective by providing the needed evidence to validate our assessments of people and situations.

Consider how challenge avoidance plays out in social media. If my Facebook friends posted a parenting philosophy I didn’t agree with, I could block or unfollow them. I could manage what appeared on my Facebook feed to include only posts from people who agreed with me on the topic of parenting. Instead of being exposed to contradictory viewpoints and opinions, my perspective becomes reinforced by limiting what I see to only views in agreement with my own.

We not only avoid differing perspectives, but we also have a tendency to surround ourselves with perspectives reinforcing our own. Using social media as an example again, we see this when we join a Facebook group with like-minded people to have our viewpoints validated.

Failing to evaluate people and situations in an unbiased way can lead to a destructive cycle of misguided perspectives.

According to Dr. Caroline Leaf,

It takes courage to make a choice to think new, God-honoring thoughts and create new cycles. It is the courage to go against the norm of your mind/flesh, the culture and the even those you have partnered with you to create the thought patterns you have. But, you are not a prisoner to your thoughts because you have been given a free will–a choice. If the Spirit of God resides in you (and He does if you are a follower of Jesus-1 Cor. 16:19) then you have the courage and power to shift your perspective and think new thoughts.