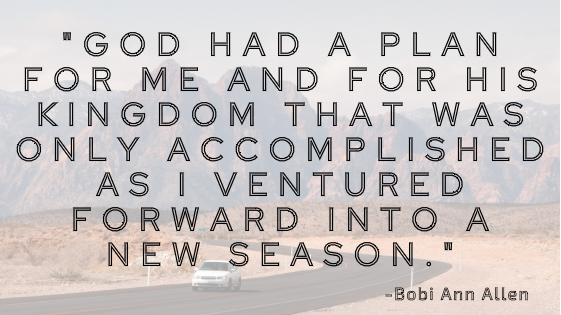 “We cannot become what we want to be by remaining what we are.”

The front door was literally off its hinges. The movers used some kind of screwdriver thingy to remove it because the big pieces wouldn’t fit through the door without removing the hinges.

It was an appropriate visual as I felt my heart coming unhinged as each box was loaded onto the truck — our memories and a life made in our North Alabama home.

My children began life there. Our marriage grew, and we discovered an autonomy leading us to lean into one another as team. We became our own little family unit here.

But the pages were turning and a new chapter of life was unfolding.

We were saying goodbye to a family and a community who didn’t share our blood or our last name, but who loved us and took part in our moments of pain and joy . . . and lots of laughter.

And it hurt. I ached for the friendships I was leaving behind. I worried how we would adjust. Would I make new friends? Would my kids be okay? What about this new assignment my husband was taking on? What would it look like? What was ahead? How would we fare?

As we drove away from a life built over the course of almost a decade, we drove into a season of change — big change.

And in the midst of it all, I grieved for what I was losing. Not only was my location changing but I was changing — transforming. I wasn’t sure I liked it, but change was happening nonetheless. Fighting it was futile.

Ready or not, I was on a new assignment, even as my heart held on to my old assignment.

God had a plan for me and for His Kingdom that was only accomplished as I ventured forward into a new season.

But new seasons mean change. While every ounce of my being wanted to hold tightly to the familiar. I knew I didn’t want to live a life where everything stayed the same. I don’t want to wake up another decade from now and have my life look exactly as it did the day before.

Most of us want change without actually having to change. I also want tight abs, but I don’t actually want to go to the gym and do the exercises.

Change can be painful and it can be lovely. And usually it’s both.

Change is evidence that God is up to something.

“See, I am doing a new thing! Now it springs up; do you not perceive it? I am making a way in the wilderness and streams in the wasteland.”

Do you see the new thing God is doing in your life? You may not understand it but do you see it?

Little did I know that God’s new thing was so transformational that when He (surprisingly) brought us back to north Alabama, I came back a new person. I had grown even more into the woman and person God desired me to be. I came back better not bitter and that didn’t happen without some real wrestling with God. (I say none of that pridefully but humbly. I wouldn’t have chosen change but I NEEDED change.)

As I walked the journey of leaving our home in north Alabama and making a home in central Texas, the ground felt shaky for quite a while. But my eyes were open to see and experience all that God was up to. I surrendered myself to the uncertainty of the future and the assurance of WHO God is in the middle of uncertainty.

It was in the messiness of those moments God reset rhythms in my life for the better. It was hard but it was worth it because He allowed me to learn to better reflect His mercy, walk in confidence because of His presence and have courage to face the next change and uncertainty to come.

God met met right in the middle of it all. He provided for me physically, emotionally, and spiritually. He proved He was faithful.

He’s faithful to you too. Are you leaning in? Are your eyes open to see the new thing God is doing?

Don’t miss what God is up to. He is at work. His work doesn’t mean it doesn’t hurt. His work means He is for you. He cares enough to not leave you where you are but to write His story through your life.