I almost hesitate to write this post because I’m certain there will be someone who reads it from a skewed frame of reference and takes my words to be less or more than they are–and I guess that’s the point of why I felt like it needed to be written.

My heart is burdened for our nation.  There are a LOT of opinions, a LOT of hurt and in the middle of all of it, there is something very blatantly missing…the characteristic of gentleness that comes as a fruit of God’s spirit living inside of His believers.

“Let your gentleness be evident to all. The Lord is near.”—Philippians 4:5

I was fresh out of college and had started my first full-time job. The company I worked for offered chaplains who would visit with and encourage the employees of the company. There was a female chaplain named Ruth, who would drop by about once a month. I remember meeting and getting to know Ruth and thinking, “I want to be like Ruth. She is one of the most gentle people, I know.” Ruth still comes to my mind when I think of gentleness, and I still strive to be more like Ruth.

We live in a world filled with people who are quick to become offended. They push and shove. They fear that to give in means to lose. They fear that if they don’t fight for their rights, they will become marginalized and ignored. Into such a world steps the eighth characteristic of the fruit of the Spirit—gentleness.

I think we often think of gentleness as a display of weakness, but gentleness is the humble and meek attitude of wanting to help other people instead of wanting to assert superiority over them.

Philippians 4:5 tells us to “let your gentleness be evident to all. The Lord is near.” Why does God want those He is working with to be concerned with how gently they think, act, or talk? God has all the power in the universe, yet He is gentle with us, and He wants us to learn to be like Him. Then, when He gives us strength, He will know that we will not use it cruelly or rashly.

In a world where everyone seems to be shouting at one another, a gentle word and spirit would be a bright light in the darkness. 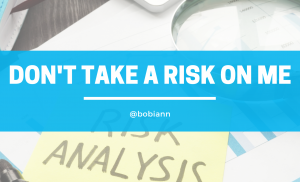 I’m Not a Good Bet…Are You?