When To Step In and When To Butt Out There was a woman referred to as wise.  She lived in the Jewish town of Abel.  Abel was respected and known for its wisdom.  However an evil man–a traitor of King David had infiltrated the town and David’s troops were barreling into the sleepy town like a freight train.  Typical of a bunch of hot-headed boys particularly one named Joab.  Joab was the leader of several of David’s crusades.  Many would consider him wildly successful as a warrior but short on sensitivity.  You see, Joab was a fixer.  If there was a problem, he fixed it with little regard for who are what got hurt in the process.

But there was a woman–we don’t know her name but if the Bible refers to her as wise, I’d say she was probably something pretty special.  We find this woman in 2 Samuel 20.  The wise woman was doing life and I’m going to take a guess she wasn’t just twiddling her thumbs.  She was probably a busy woman with plenty on her plate (sound like anyone you know?).   I can almost imagine her exasperated sigh as she realizes she doesn’t have time for the drama but knows something had to be done.

So she stepped in.  She asked for a meeting with Joab and then calmly and respectfully pointed out the harm the troops were causing to a peaceful, loving town.  She asked disarming questions and came to find out Joab’s intentions were honorable.  Sure, he was wrecking havoc on her town and her people but doing so with good cause.  Joab just needed an adjustment in his methods.

This unnamed woman described only as “wise” earned her characterization as she suggested a change in course.  Joab would get what he wanted and so would she.  The wise woman orchestrated the capture of the traitor and saved her city.

Should You Step In?

Are there disputes or hard feelings wrecking havoc on your peaceful existence?  There are certainly times we should mind our own business but with God’s discernment there are times to step in and be a peacemaker.  You may not have time for the drama and you really just don’t want to get involved.  However, as a believers God places us in circumstances to serve as peacemakers.

Stepping in requires a sacrifice.  It requires getting our hands dirty and allowing God to do His work through us.  Peacemaking demands an allegiance to God that puts aside our wants and desires and hearing God’s voice.  Sometimes it means being silent and sometimes it involves speaking truth, asking questions and choosing to build others up.

Do you find yourself in a harried situation?  Have you prayed for God’s wisdom for an appropriate method of ushering peace into the relationship?

Are there circumstances when you are the freight train or Joab in the story?  Are you methods honorable but destructive to those around you?

Pray for discernment as you approach the relationships God has put in your path.  May you take on the label of “wise” as you promote peace.

[Tweet “Are there disputes or hard feelings wrecking havoc on your peaceful existence?”]

[Tweet “Peacemaking demands an allegiance to God that puts aside our wants and desires and hearing God’s voice.”] 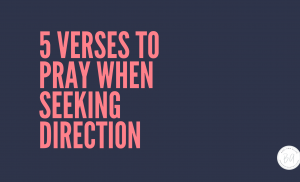 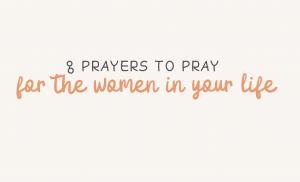