I love to hear Stephanie Adams tell a story.  She walks so closely with Jesus and always makes me smile.  I’m honored that she would share her story with us today.

Three years ago, as I sat and listened to the Physician’s Assistant in my OB’s office, I realized I had to make a change. I had never weighed this much before, and now, it was having an effect on my pregnancy. I knew that once I gave birth to my son, I needed to work on losing weight. Not just for my health, but for my family. Truth be told, I’ve been on a weight loss journey since I was about 5 years old. However, God was tugging at my heart that this time needed to be different. As I began the weight loss effort, I dedicated it to God and moved forward. A year later, I found myself nearly 75 pounds lighter and pregnant again. After giving birth to my daughter last year, I began the weight loss journey yet again.

Being overweight the majority of my life, I’ve tried to lose weight many times. I’ve tried many different methods, and in college, I really struggled with an eating disorder. This time, the Holy Spirit was working on me in a new way. I had to commit to losing the weight and keeping it off. I trusted God with the plan I was on and with the exercise I was doing on the treadmill. A year later, I hit my goal weight and have maintained it. 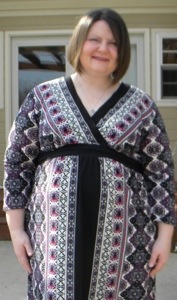 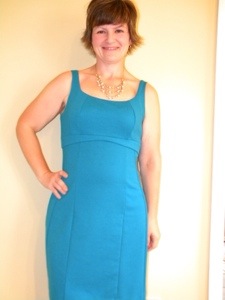 Over the past year, many have asked me how I was losing the weight. I did use a popular international weight loss program and yes, I did start exercising regularly. However, my weight loss journey should be a credit to Jesus and what He began to do in my life over the past year and a half.  I have to honestly tell you that I have struggled with weight issues for so long because, as the Lord has shown me these past few months, I have made food an idol.  God has revealed to me that the same issues I had with food before I started my weight loss journey are the same issues I still deal with. For years and through many of life’s circumstances, I have turned to food for comfort. Whether it was chocolate and peanut butter, or just too much good stuff on my plate, I’ve often tried to make myself feel better by stuffing my face. Through this journey, Jesus has repeatedly shown me that He wants to be my comfort. He wants me to run to Him when someone passes away, not a pan of brownies. Or if my husband’s going to be late getting home from work and I’m tired from my day with the kids, Jesus wants me to talk to Him about it…not eat a bag of M&Ms. Or if the next life circumstance appears to be too much too handle, it’s probably because I’m trying to do it on my own. Food isn’t going to fix anything. Food can’t mend my grieving heart or give me peace with my family. Food can’t tell me how much it loves me.

In the Bible study on Gideon by Priscilla Shirer, Priscilla teaches us from God’s Word in 2 Corinthians 12 that God’s power is made perfect in our weakness. Through this study, the Holy Spirit has taught me that I’ve been relying too much on my own strength and power when it comes to fighting this food battle in my heart and mind. God’s Word reminds us again and again that as His children, He goes to battle for us. It doesn’t matter what I’ve got stored up in my arsenal of weapons; His weapons tear down strongholds. Only His weapons can bring me out of slavery to food.

Galatians 5:1 says, “It is for freedom that Christ has set us free. Stand firm, then, and do not let yourselves be burdened again by a yoke of slavery.”

Jesus set me free a long time ago, and this battle I’ve been fighting, has also been won. I’ve been given the earthly tools to eat healthy and maintain a healthy exercise. I have to trust Him to renew my mind daily as I submit to Him.

Paul writes, “We demolish arguments and every pretension that sets itself up against the knowledge of God, and we take every thought captive to make it obedient to Christ.” (2 Corinthians 10:5).

[Tweet “Whatever battle you are facing, have assurance in His Word that He has overcome that battle.-Stephanie Adams”]

Mandisa’s new song “Overcomer” is a precious reminder of God’s promise to us in 1 John 5:4. Since the song’s release, it has brought me such encouragement that I’ve shared it as often as I can because we all need to realize that in the power of Jesus Christ who overcame sin on the cross, we too are overcomers.

In Christ’s power, there is nothing on this earth that we can’t overcome. I hope He continues to reveal His strength and power in my life. I hope I’m smart enough to get out of the way and let Him do it. May He do the same for you so you can say with confidence: “I’m an overcomer.”